Wolfs Gamelab is a one-man-gamedev-studio. This does not mean, that I do everything by myself. I am good, but not that good. While I constantly learn designing 3D and 2D game elements, composing music and sound effects, I am originally based in development and coding. 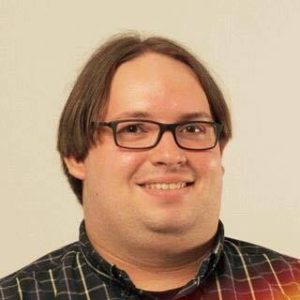 But that will not stop me from archiving big goals: I love to work with artists and freelancers from around the globe and – most important – I am ready to step out of my comfort zone and do something new.

But enough about skills, let’s talk about games

Games. I love playing them, I love to watch others play (live and on YouTube or Twitch), but mostly I love to make them. With my first GameBoy (yes the big grey one!) and many hours of Super Mario Land, my desire to follow my heros like Shigeru Miyamoto and Masahiro Sakurai was born. And it grew over the years. Later John Romero, John Carmack, Jason Rubin and American McGee where added to the long collection of people to follow. Today I am influenced by many of these great minds of the gaming-industry. I learned coding since I was 12 years old and finished a bachelor in computer science – steps for the goal, but I never felt ready to make the step into the industry.

But becoming a father gave me the needed impulse to start actively follow my dream: becoming a game designer myself. My first two games should be very small. Literally. They are made for Android Wear smartwatches. They were not financially attractive. A following Unity based Android game was not better.

and whats going on now?

I decided to join some Game Jams to optimize my skill set. The games developed for the jams can be played at Itch.io, some are  more fun – some are less.

One of the games, The Stars Above, gave the idea to be extended to a full game: Not Nice! is a 3D platformer to be – a slowly growing game about a boy joining the villian academy to become a less nice person.

You want to know what is coming up next?