In Candyfly you play an alien flying in a tiny ufo and you are hunting for candy. By tapping your watchscreen, you give the alien a short boost up, if you don’t tab, it slowly falls down.

There are 5 levels and 5 players avaliable – but only in the full-version. But there are 2 of each in the Candyfly free edition.

Survival! But not only survival but also grabbing candy. The game does not get faster, but it is still pretty hard to master, because of the randomly generated levels.

Right after the launch of our very first game Candyverse, we had the idea to create a game based on the same graphics style and the same size – smartwatch-size.

The game is created without an engine (mainly because there are no suitable game engines available working on Android Wear. 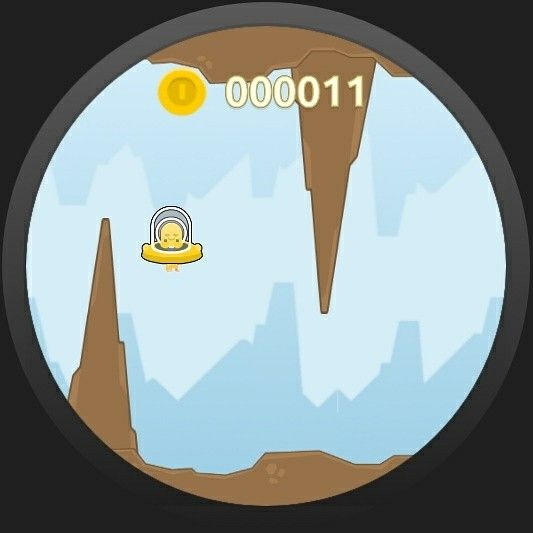 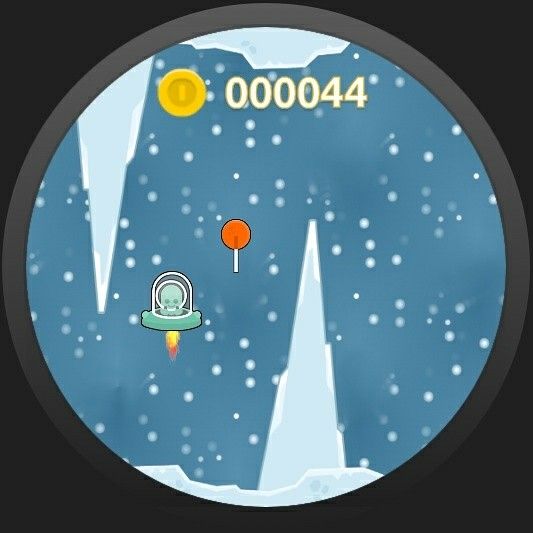 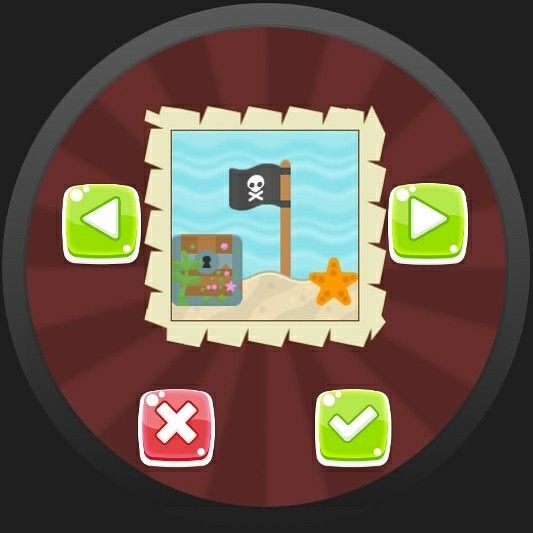 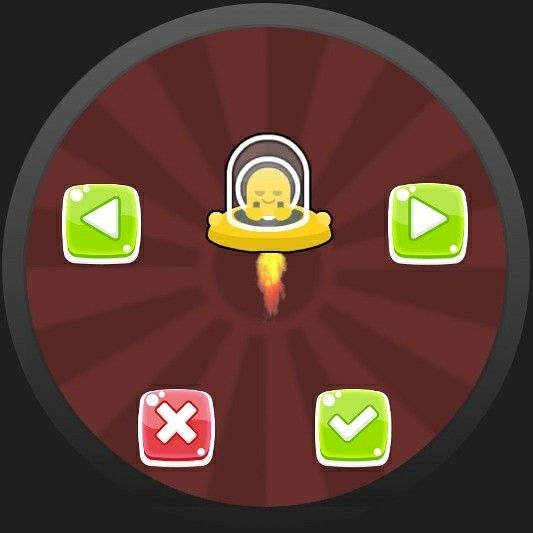 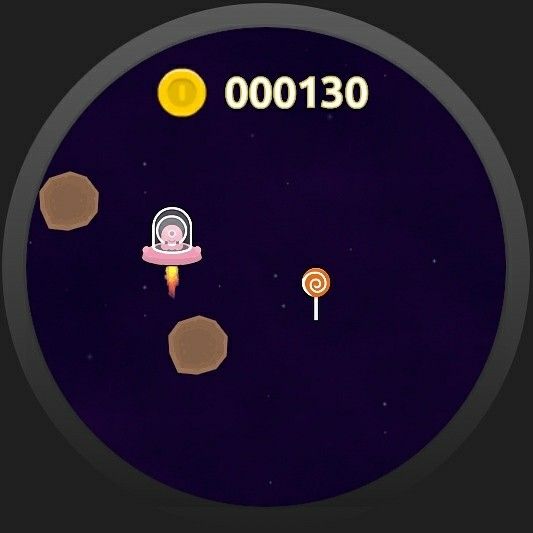 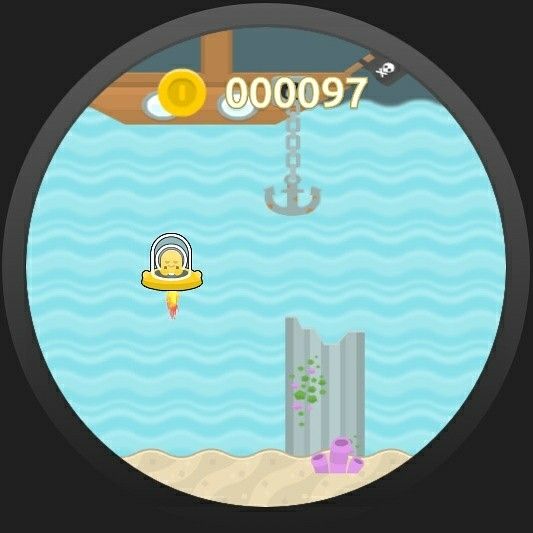 * Yes, the aliens are cool enough to make fire underwater!