Have you ever been tuned down or been bullied for being “too nice”? This is now over once and for all. Enroll to the villain academy and become a nightmare. In “Not Nice!” you can turn into pure evil. Be the one they fear. Or at least try it, because every university is hard and there are so many allurements.

Since this game is in a very early state, nothing written here will be unchangeable: this is just an overview of the idea and concept of this game.

Whats “Not Nice!” about?

Not Nice! is a 3D platformer about a boy who wants to pay back to his bullies – by enlisting into the villian academy. Payback is easy as a highly trained evil overlord, a bad pirate or a mad king.

Obtain the three foundations of a villain:

And never forget: don’t be nice!

State of the development

The Idea of Not Nice! was born within the creation of our game jam game The Stars Above, which still is the foundation. The current state could be described between the proof of concept and a working prototype.

Currently the basic game mechanics are about to be created and refined. There are also several basic levels in development, which will display the different modes and settings of the final game.

The core mechanics are pretty simple:

The player is able to do the basic platformer movement: running, jumping, punching, activating triggers and dialogs. But most of the interaction with enemies and environment are done by the buddys.

The main mechanic of the game is the use of elementary sidekicks: the buddies: They are small ball-like creatures that follow the player everywhere. The play can only use one buddy at a time, but there are  4 of them to obtain within the game: water, fire, air and earth.

The buddys are obtained very early in the game, because their use is a key element of Not Nice! But their respective skills are learned in the course of the game. The learned skills can be used and tested at the “skill-checks-booth”, a small pavilion in front of the academy building.

The levels and settings

There are several level-settings, some are indoor levels, others are outdoors. Up to now there are only a few of them already created:

The temple settings are based in the dessert, they are surrounded with burning hot sand – which the player can not step on. The colors are yellowish to brown and there are seals to unlock to reach a final boss per temple.

There are 4 ancient temples, one for each element-buddy. The buddys will be found after finishing the level-boss of the respective temple. 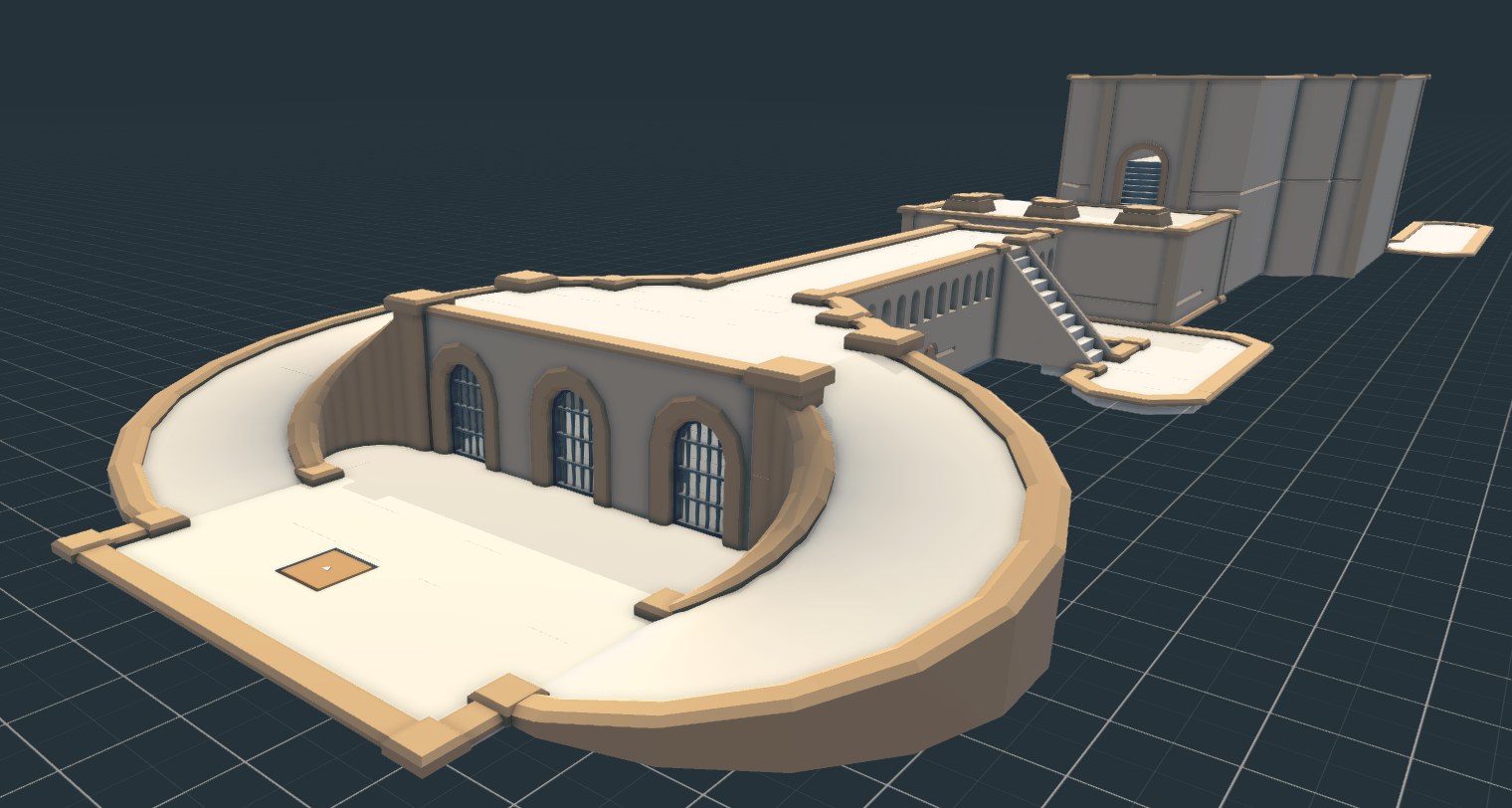 The fire temple – home of the fire-buddy 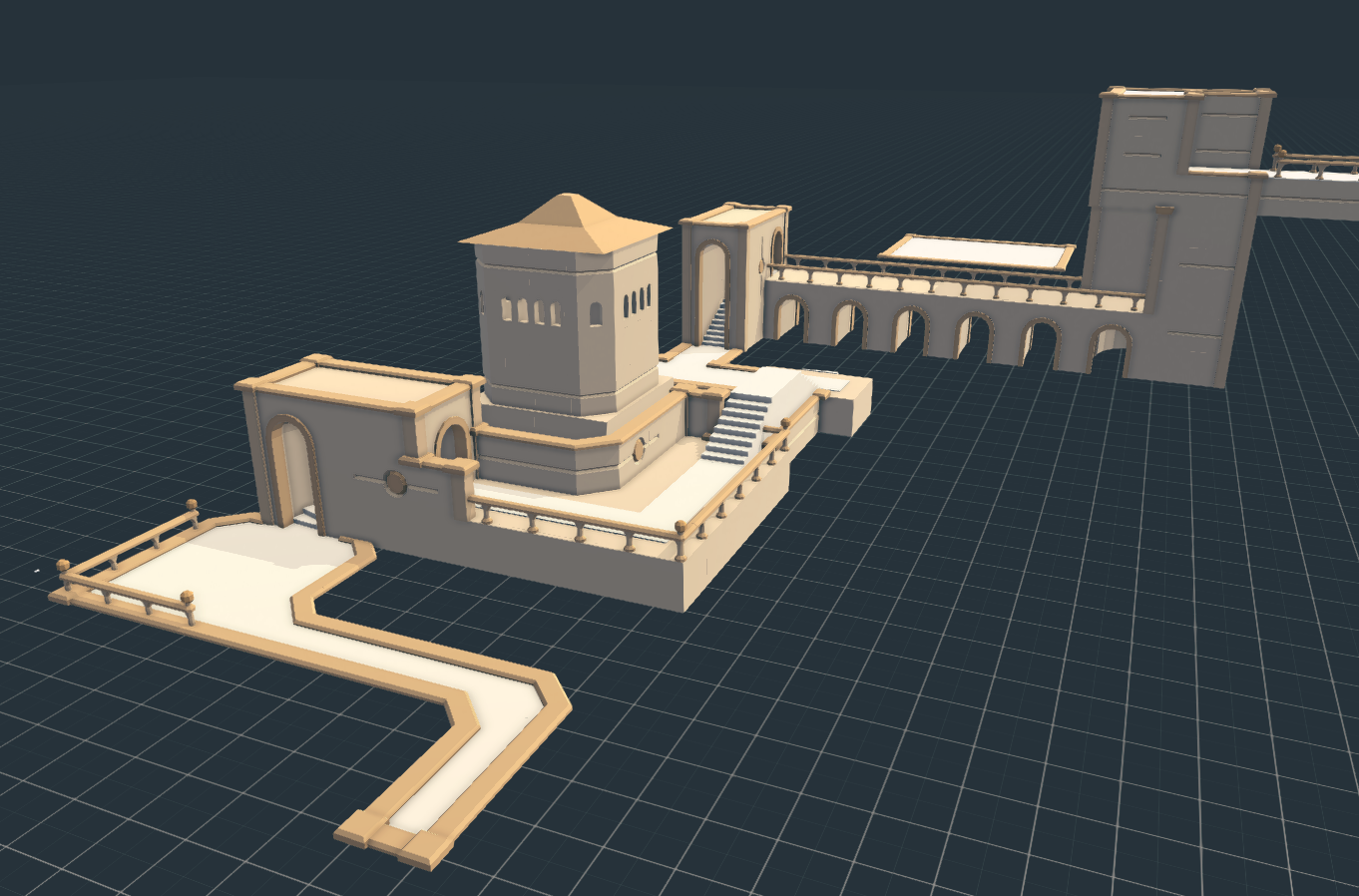 Part one of the water temple 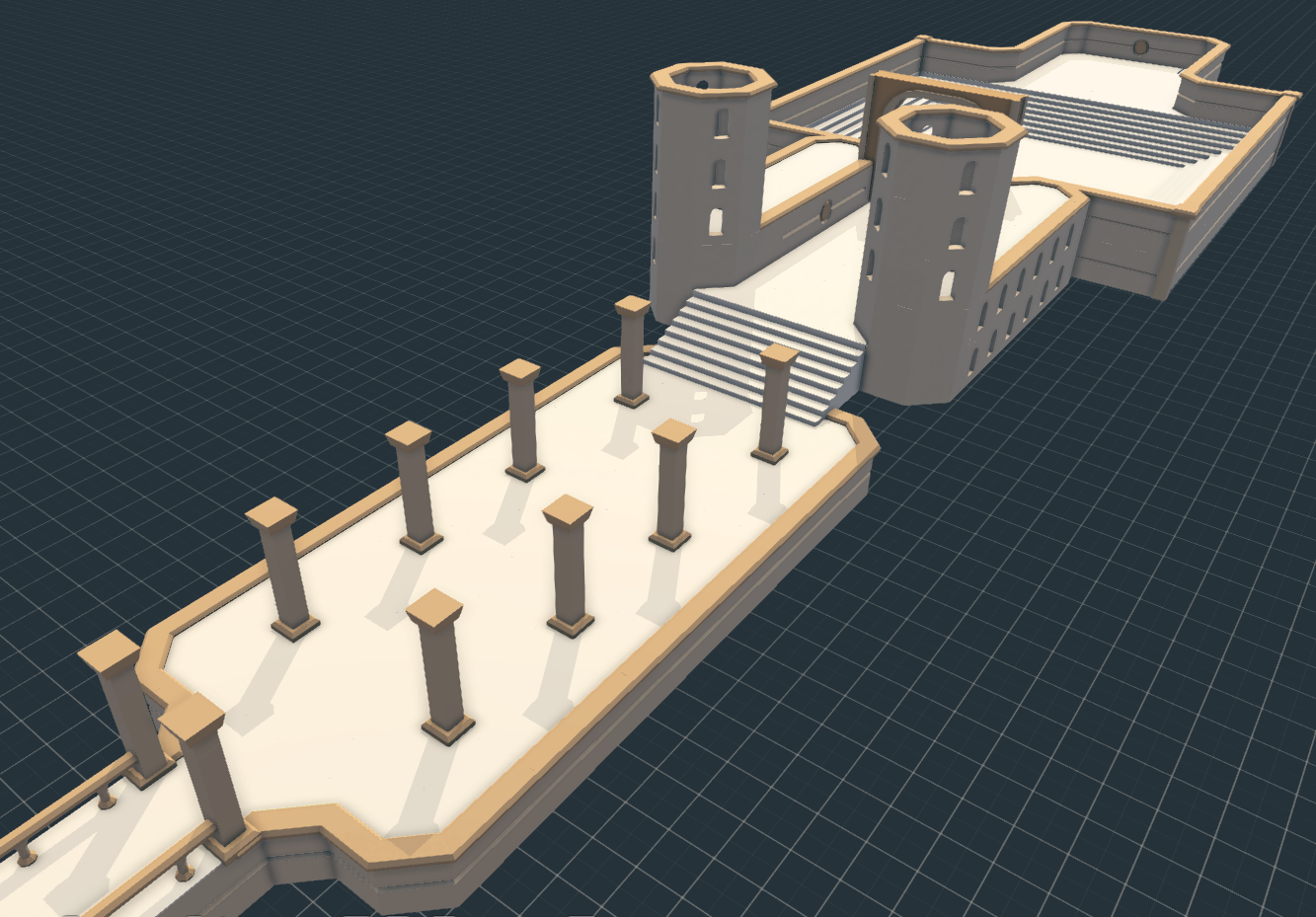 Part two of the water-temple

The first level will be designed in the grasslands setting: with brown-green and bright colors, the green islands are happy places. 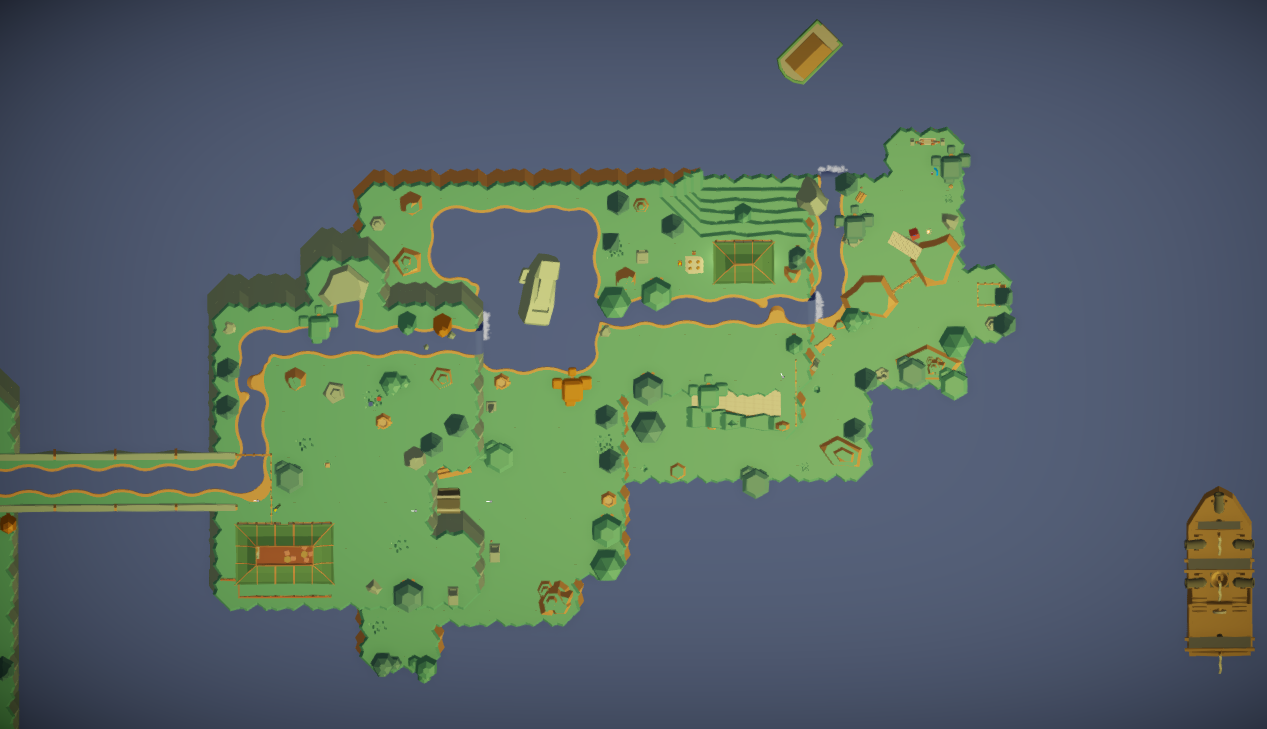 Level one part one – overview 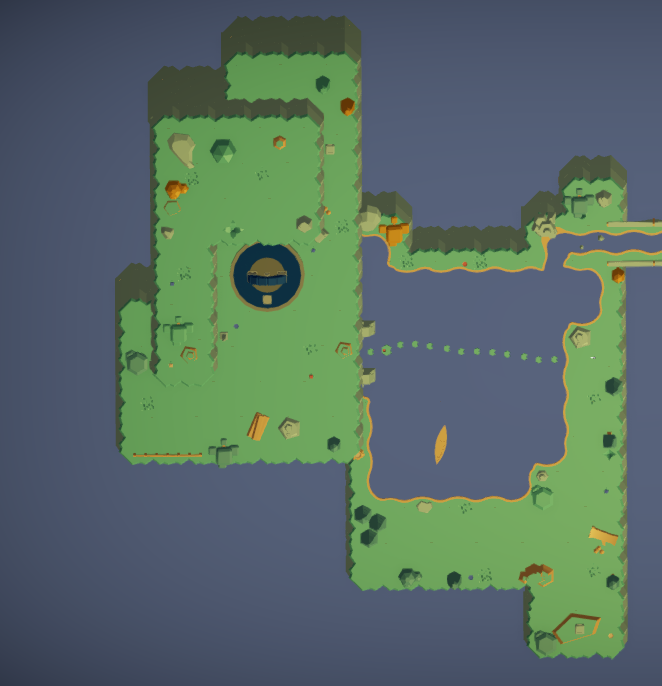 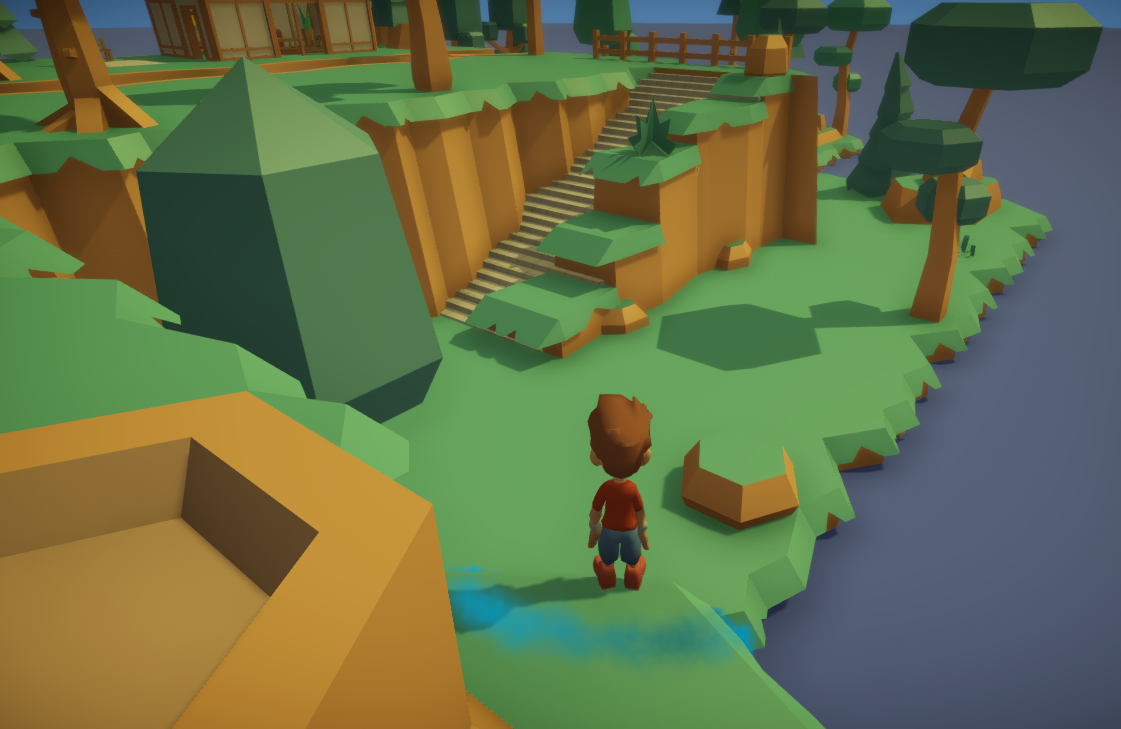 A look into level 1

Since everybody loves trolls, they got their own dungeon. The color setting is not final, but it will be dark with only torchlight and with a lot of strange noises from hiding trolls. 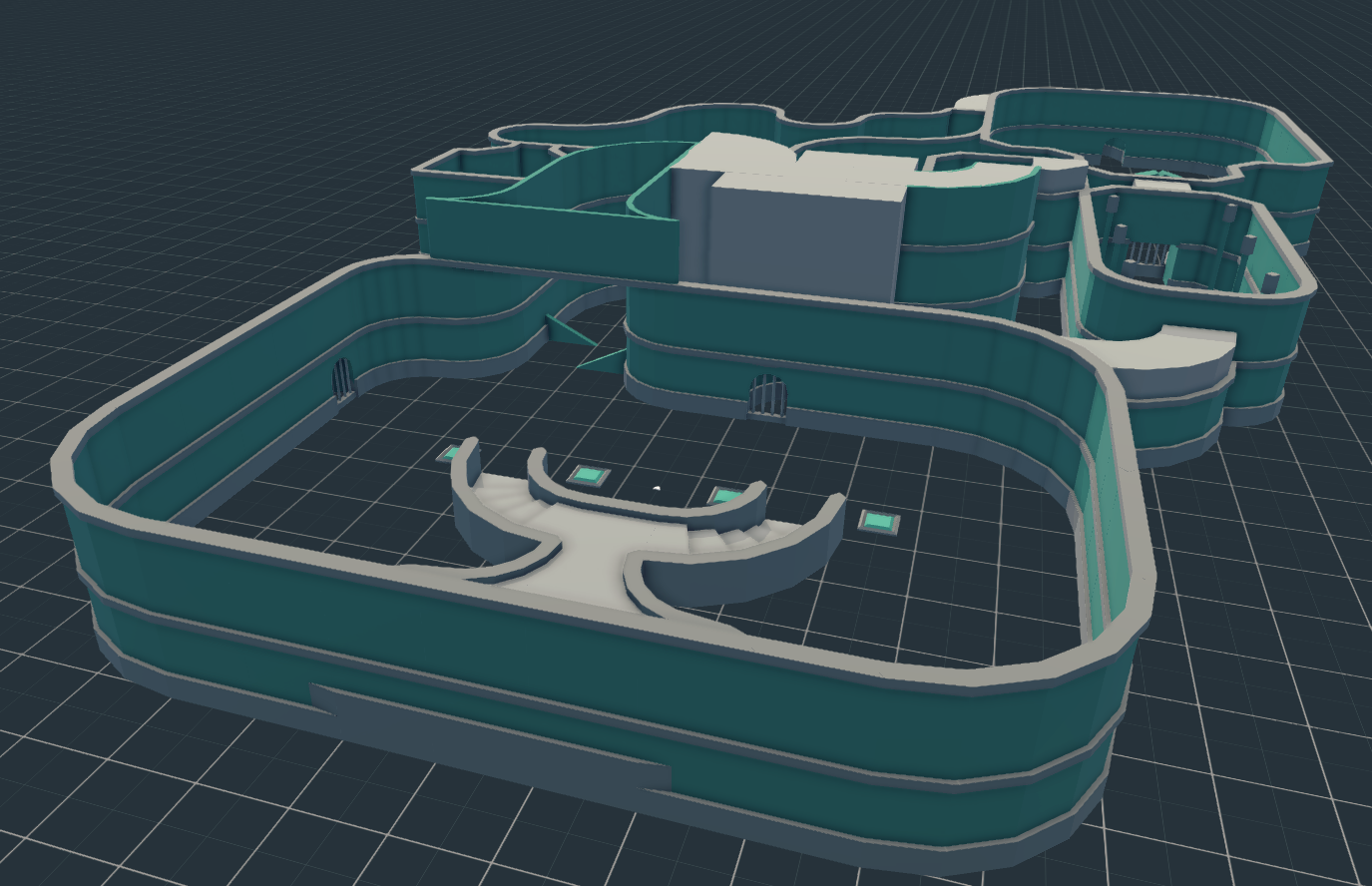 The start of the very first troll dungeon. 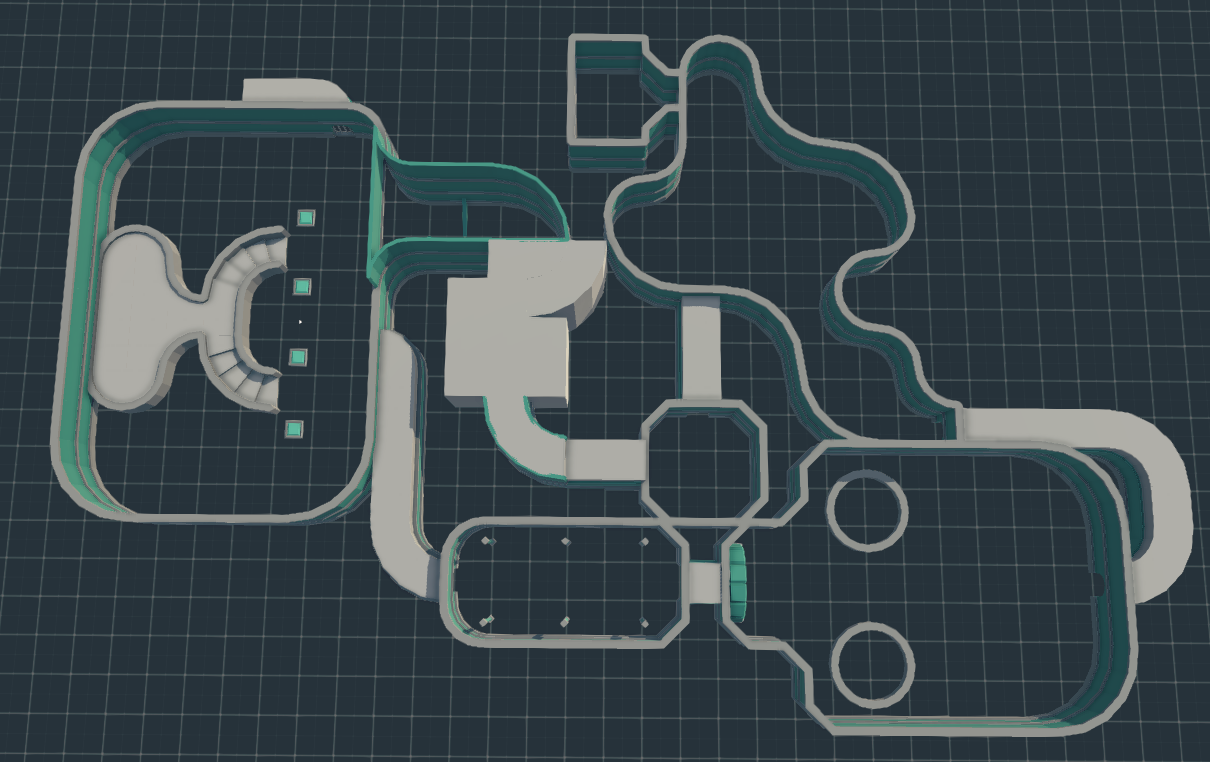 Since this is an early stage, the decisions which systems are supported, are not final yet. We will definitely create a Windows edition which will support controllers – the most intuitive way to play a platformer.

We want to port the game for consoles, at least for the Xbox one, because the technology of the used game engine (Unity) allows a simple port to the Xbox and – since consoles are the source platform of 3D platformers – it is respect for the genre to support at least one game console.

Other consoles (PlayStation 4, Nintendo Switch) are available for discussion, but this will be part of a later decision.

When will it be available?

Since this is a very early stage, there is no release-date jet. But we will announce the date whenever we are ready for a release. If you have ideas, or just want to follow-up: Contact us or follow us on our social media channels.

In PC, Xbox One